Which Online Financial App Do You Recommend?

There seems to be a growing number of online apps in the marketplace that are being developed to help people get financially organized and see their assets in one place synced in real time.  Very helpful for debt management but based on what I've investigated for wealth building, there's a million dollar idea out there for software developers...

This is because the mainstream retirement planning model is based on a flawed premise that goes like this:

Accumulate the largest balance sheet possible via market based investments and then in retirement sell off those assets to generate income.

For example, to reach your retirement goal you will need $1m in investable market based assets.  This forces you to play in the Wall Street casino as if no other retirement model exists.

We've all seen the commercials with people walking on top of a green arrow with a growing dollar amount.  These commercials focus your attention on trying to get to an imaginary retirement number.  We're literally being conditioned to think a certain way over and over again to the point this has now become "GroupThink".  If everyone else is doing it, I should be doing it, too.

This retirement model is flawed because it’s not the amount of assets that is important.  I repeat,

It’s not the amount of assets that is most important

Certainly, you need to have a solid balance sheet heading into retirement but the most important number you need to know is the amount of income you'll have for all years in retirement.

But none of these online financial software models available to the public can provide a guaranteed income number.  Instead these platforms leave you on your own or relying on your traditional Wall Street based advisor to figure out just how you're going create a retirement income.  At best, you're given a guess.

Let's quickly examine the idea and importance of a pension.  Pensions provide a guaranteed payout for as long as you live.  This is ultimately what people want even if they aren't willing to admit it.

Consider this scenario:  If you had two job offers from two identical companies (same role, income, etc) and the only difference between the two job offers was company A offered a 401k and company B offered a pension, which offer would you take?

Obviously, you'd want the security of a guaranteed income to enjoy your retirement with.  A 401k has no such income guarantees.  You have to figure it out on your own.

In order to get retirement guarantees you want you have to move money into life insurance policies or annuities.  This is becuase only life insurance companies are able to provide guaranteed withdrawals rates and lifetime income payouts greater than the “safe 4% withdrawal rate” Wall Street recommends on their all market-based approach to retirement planning.

That "safe" golden rule for withdrawals is now 3.3% according to Vanguard.  Academic pundits like Wade Pfau, PhD. From The American College of Retirement now say the recommended withdrawal rate is actually 2.8% due to market volatility and historically low bond rates.

Essentially, that means instead of $40,000 of annual income on $1,000,000 in assets now only produces between $28k-33K a year, and you STILL have the risk of running out of money at some point if you live too long!

In nealy all cases I'm able to create as much as 50% more income on a guaranteed basis by utilizing life insurance and annuity strategies compared to the default withdrawal plan Wall Street recommends.

Does this mean all money should move to life insurance companies?  Certainly not.

But the reality is this.  There's needs to be a marriage between Wall Street and the Life Insurance industry if you want to have any degree of certainty in retirement.

How much guaranteed income do I need and how can I get it with as much efficiency as possible?

Knowing your income number will determine what steps need to be taken in building out a well thought out retirement plan.  Without knowing that number, chasing an imaginary number is illusive and perhaps that’s the point with all these financial platforms.  Wall Street wants people on that perpetual hamster wheel so the less you know about creating a pension like income for yourself, the better it is for them.

Do you need helping know your number?  If so, let's talk.  You can schedule time here: 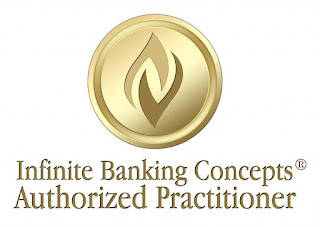 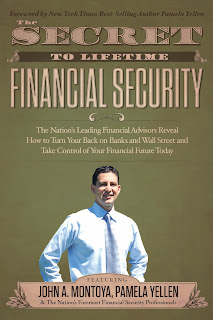 Posted by JLM Wealth Strategies at 11:30 AM No comments: