Breaking Bad: One Decision That Could Have Saved Walter White from Becoming Heisenberg 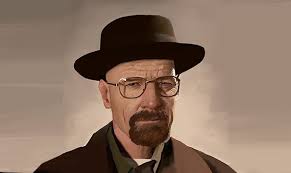 So this coronavirus has given us all a chance to spend more time with our immediate family and, of course, binge even harder on our favorite TV shows.

I know I couldn't resist the opportunity to re-visit the downfall of Walter White and Jesse Pinkman on one of my all-time favorite shows: Breaking Bad.  I just finished watching the last episode of season 2 last night.  This show is about as perfect as a TV show can get.

There's just one thing that bothers me though.  Walter White never would have had to go all "Breaking Bad" into his alter ego Heisenberg if he had just done one simple and easy thing.

If you've watched the show, you know Walt is absolutely brilliant but his immense intellect and talents are relegated to teaching high school chemistry while all his peers have gone on to makes millions and/or earn industry accolades.  At one point, near the end of the show's run, his brother-in-law Hank calls Walt the dumbest, smartest person he's ever met.  That pretty much nails it for me, too.

You see, Walt had a choice up until he was diagnosed with lung cancer that could have altered his legacy for the good.  This one choice would have saved so many lives and heartache.  It wasn't just Walt's family that suffered from Walt's decision to build a meth empire.  There's Jane, Jesse's girlfriend, who choked on her own vomit as Walt watched her die and did nothing, the 167 passengers on flight 737 who also would still be alive, and this is just from the most recent episode I watched.  Talk about collateral damage.  The list of casualties can and does go on and on.

All of this happened for one reason.

Walt had one goal when he learned that he had advanced stage lung cancer.  He wanted to make enough money somehow so that his family would be taken care of after he was gone.  Financial security would be his legacy and gift to his family.

And he could have done it simply and legally.

Can you guess where I'm going with this?

This makes me think I need to get in touch with every teacher out to ask one specific question:

Do you have enough life insurance???

Seriously, that's all it would have taken for Walt to be at peace with his legacy and to save countless lives he irrevocably harmed.

Of course, there would be no Breaking Bad to binge watch and enjoy.  Heck, the show would have been as boring as... the life insurance policy Walt would have owned on his life.

And if Walt had been overfunding a cash value life insurance policy like the Infinite Banking designed Whole Life plans I recommend for my clients, he could have had access to his cash values to pay for the best doctors and treatment without resorting to running behind his wife's back to cook meth in the desert with Jesse.

Most policies these days even have Accelerated Benefit Riders that give access to the death benefit while still alive.

The point I'm making is this, Walter White was definitely smarter than the average joe but when it came to protecting his family and leaving a legacy, he was as dumb as it gets.

Please do yourself and your family a huge favor.

Lock in your insurability while you are still young and healthy with at least a convertible term policy.  This way you'll never have to... break bad.

If you need help determining how much life insurance you should own, contact me here:  www.IBC.guru.

Posted by JLM Wealth Strategies at 9:01 AM